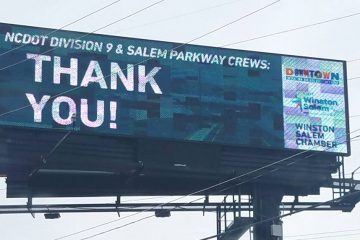 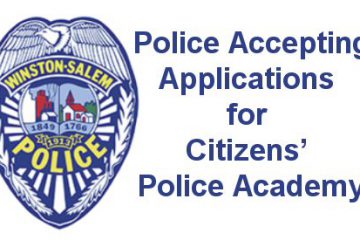 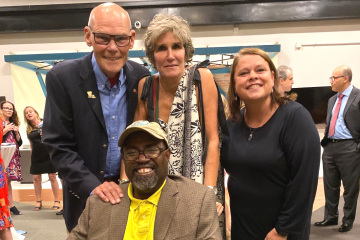 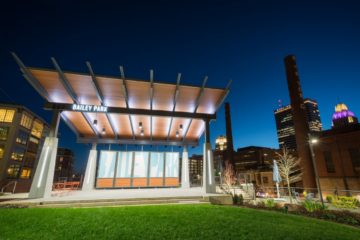 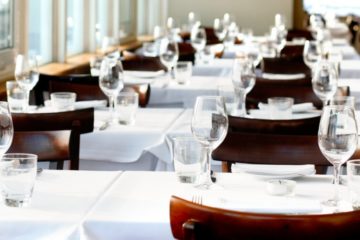 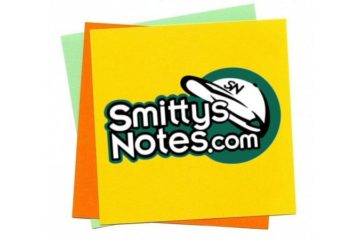 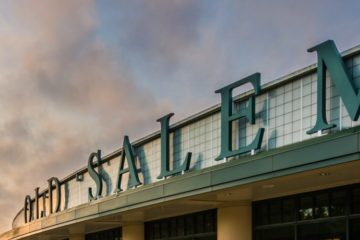 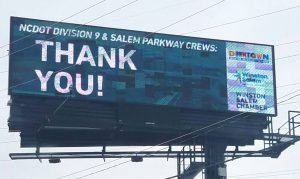 2/14 – This message is displayed on a billboard along #SalemParkway near Wake Forest Baptist Medical Center. We feel the same way – “THANK YOU!” to the Winston-Salem community and businesses for your patience during the #Business40 project 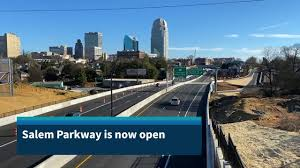 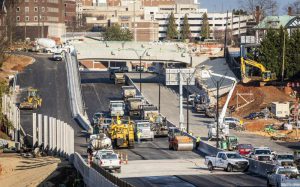 Business 40 should reopen this weekend, highway officials said in an 11 a.m. announcement today.

Officials said crews are shooting for a late Saturday or early Sunday reopening, although weather could push that back to Monday morning. The goal would be to open the highway in time for morning commuter traffic.

Workers could be seen this morning at the three bridges as they readied them for traffic.

The bridges that carry Marshall and Cherry streets over the Business 40 work zone will open, as will High Street from Brookstown Avenue to Marshall Street, and the Brookstown underpass beneath the renovated downtown freeway.

City of Winston-Salem Update: Exit signs on Business 40 will start to change next week after December’s postponement due to weather. The section east of US 52 will be changed out first, with single lane closures occurring from 9pm-6am Monday through Saturday. 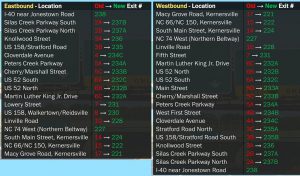 All four arches are up now on the Green Street Pedestrian Bridge as part of the Business 40 Improvements Project. They were completed last week. Over the next few weeks, the arches will be secured to the bridge. You can see them now as you pass by the Peters Creek Parkway and Broad St bridges. To see what they will look like in their final form go here

This was a community project of the Creative Corridors Coalition

It was always a long shot, but Pat Ivey, the local division engineer for the N.C. Department of Transportation, more or less made it official on Tuesday.

“I can pretty much guarantee that it won’t open by the end of the year,” Ivey said.

Ivey was saying several weeks ago that chances were diminished for an end-of-year reopening because of the weather, and the weather hasn’t gotten a lot better since then.

Still, officials say that contractors are making good progress on the road and are still optimistic about beating the mid-April contract deadline for putting traffic back onto the downtown freeway.

“We’ve had some weather, but we’ve had some good days where we can get asphalt on the ground,” said resident engineer Larry Shaver of the N.C. Department of Transportation. “Last year, it snowed in early December and hung around for days. Something like that could affect our schedule greatly.”

Unexpected work conditions can affect the schedule too. For example, earlier in November there was a prediction that the Brookstown underpass at Business 40 could be finished around Thanksgiving. Thanksgiving has come and gone, and the underpass, which will go under the new Business 40 near High Street, as before, is obviously not open. 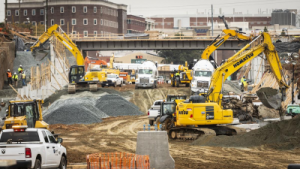 (Nov. 14th from Journal Now) Contractors working on the Business 40 renovation in downtown Winston-Salem can maximize their incentives by getting the freeway open to traffic by Dec. 31, a state highway engineer said Thursday.

Business 40 has been closed downtown since Nov. 17, 2018, for a $100-million renovation that will give the downtown freeway longer merging and exit ramps, higher bridge clearances and, possibly, a 55-mph speed limit.

Flatiron Constructors Inc. and Blythe Development Co. are the main contractors on the project, along with HDR Engineering Inc.

Ivey said all the timelines depend on the weather cooperating, but noted the cold weather the city is experiencing is not helping any plans to beat the Dec. 31 date for a maximum contractor payday.

“This is mid-November,” Ivey said. “I believe the chances have diminished significantly because of the weather.”

Workers can’t pave with asphalt when it is as cold as it has been in recent days, Ivey said.

If the contractors don’t have the cars moving by Dec. 31, there’s no single magic date after that, Ivey said, since the incentives “decrease the longer they go.”

While not willing to promise a date should roadwork go into the new year, Ivey sounded optimistic that people won’t have that long to wait.

“A lot depends on how much is done over the next six to eight weeks,” Ivey said. “We certainly want it open sooner rather than later. Certainly they (the contractors) would like to get it done if not at the end of the year, than immediately after the start of the year.”

Originally planned as a two-year closure, highway officials have worked with the contractors since the contract was awarded to dramatically shorten the time frame.

Then, Mayor Allen Joines got a buzz stirring last February when he said during a television interview that Business 40 could open by Christmas this year.

Highway officials responded by saying Joines was looking at a very-best-case scenario.

Ivey suggested Thursday that the very best case has slipped some, although he’s not ruling anything out.

“Based on the weather, we don’t know how good the chances are” to get traffic moving on the new road by the end of the year, Ivey said. “The big concern right now is the asphalt work.” 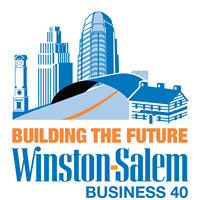 This is the BIGGEST highway project in recent city history.DOT wants to keep the community informed of it’s progress. Share it with your family and friends.
For more information https://www.facebook.com/business40nc/and http://www.business40nc.com
To see what the new bridges on Business 40 downtown (renamed “SalemParkway”) visit https://creativecorridors.org/

This is the most recent story. 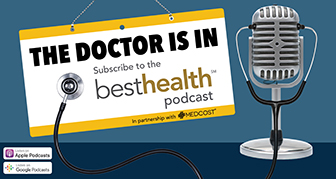 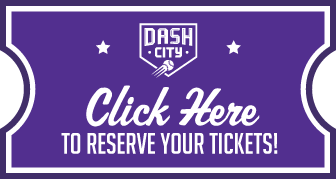